RAINBOROUGH is a live album by Kazz, recorded Nov. 12 2011 during a great party at Mikey’s Barn in Regensburg, Germany.
As with his previous album again this album is available FOR FREE for all visitors!

Don’t forget to watch the 15 minutes video at the bottom of this section. 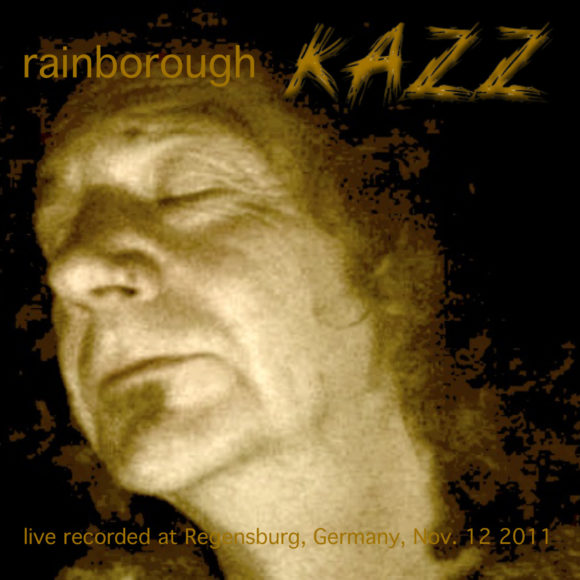 Kazz had played at Mikey’s place before twice, over 10 years ago. Parts of the live album encore@home.de were recorded there.

Mikey invited Kazz to come over again after he heard the On Whispered Dreams album.

Kazz recorded the whole gig and was quite satisfied with the results. So much that he decided to give the new tracks an official release.

So you will find only two tracks, about one hour of new music: 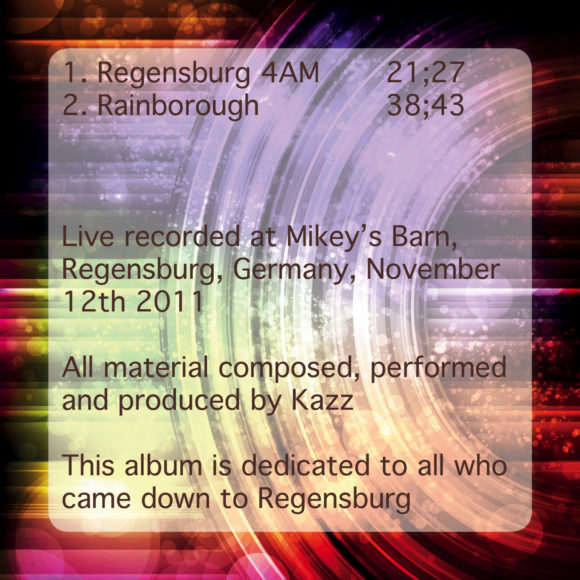 In general the music is quite different than the music on Whispered Dreams. Apart from the length of the tracks, the music seems to be a kind of revisiting the Old Berlin School, with some great sequencer driven parts. On the other hand there are some nice quiet improvised parts without any music programmed.

Regensburg 4AM was the second and final encore of the night, as the title already suggests, played at 4 o’clock in the morning. Kazz had been biking around the previous afternoon and stumbled upon some ‘waldhorn’ players in the woods. This inspired him to do this opening sequence. In the final part the sequencers do their job as Kazz plays a furious solo before the gig coms to an end. Fine piece!

Rainborough was the second set of the evening. The composition opens very quietly with a slow heart beat, a choir singing over the beat. It takes some 10 minutes before a longer sequencer part takes over, with Kazz doing some fine Minimoog soloing. 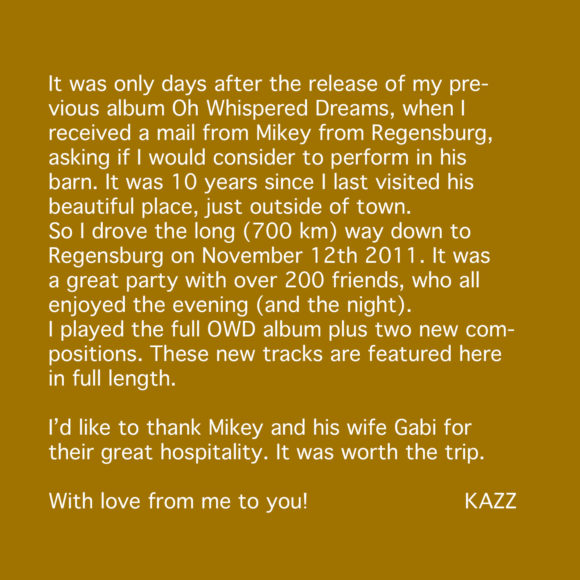 ABOUT THE COVER
Apart from the recording the whole gig in audio, Kazz also recorded a part of the show with his webcam. From this movie comes the still you see on the frontcover. And indeed, it has some similarity with the cover of his first livealbum: 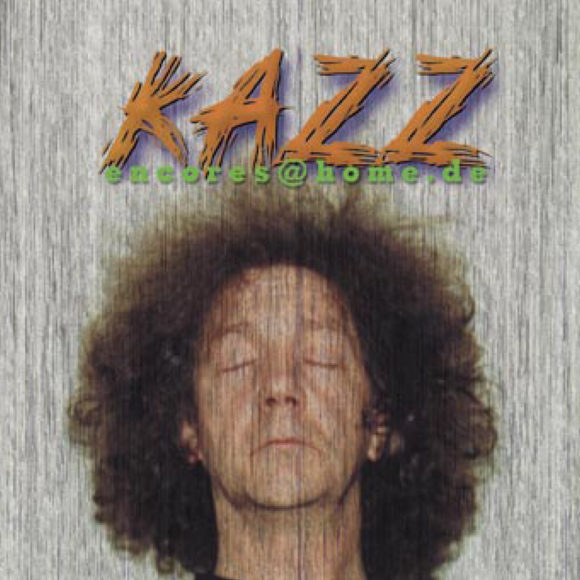 So here you have it. The third live album by Kazz. Like On Whispered Dreams the music is available for you in mp3 format.

Enjoy a 15 minutes preview of the RAINBOROUGH live album, which includes live videoshots recorded by KAZZ with his own webcam.