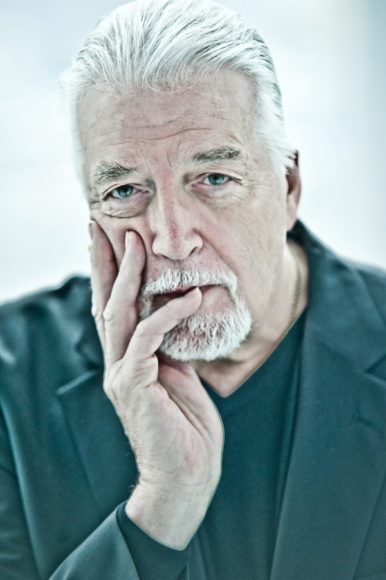 Keyboardist and composer Jon Lord died Monday, July 16th, at the age of 71.

I having been following him for almost 43 years, after hearing The Book Of Taliesyn album by Deep Purple in late 1969.

When I started playing keyboards in 1982 in my first rock band, it was definitely because of Jon’s inspirational, inventive playing of the Hammond organ in a heavy rocksituation. He wasn’t the first to do that (just remember Vanilla Fudge, who were a major influence for Purple). But Jon certainly broke new grounds, with his very own style of playing, combining jazz and classical elements in Purple’s heavy rock in a way no one had done before.

Though Jon will be remembered by many because of his time with Deep Purple, Jon also had his career as a composer of classical music. This started already in 1969 with his Concerto Fro Group And Orchestra, a composition recorded live Deep Purple and full orchestra. And more albums were to follow while still with Purple. Just think of the beautiful Sarabande.

When Lord finally left Purple in 2002, at the age of 61, he put this remark: I have something else to do! And damn, he had. While still with Purple he released a beautiful solo album in 1998, called Pictured Within (his first since 1982’s Before I Forget). The was only a hint of what was to come.

Over the past ten years Jon released a fine string of albums (Beyond The Notes, Boom Of The Tingling Strings, Durham Concerto, and, finally, To Notice Such Things). These albums brought him into the highest ranks of classical music polls, where he was surrounded by only long gone classical composers.

Besides, sometimes Jon went back to the blues. And recorded beautiful albums with The Blues Project and The Hoochie Coochie Men (their DVD is outstanding, with Jon guesting as the master of ceremony).

In his final year Jon has been busy working on a definitive new studio recording of his first masterpiece, The Concerto, featuring the likes of Bruce Dickinson and Joe Bonamassa. At the time of writing I am not sure if recordings were finished and/or will be released.

The world loses a great musician and composer, a truly gentleman.

I will surely miss the man who inspired me so much.

He could have done so much more.