This album was quite experimental, using lots of sampling, thus creating a soundscape to relive the first night after the huge fireworks disaster, that blew away a complete area in his hometown, Enschede, now ten years ago. 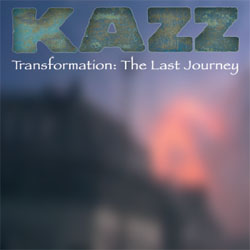 From the new liner notes:

With this special reissue of the Transformation album I‘d like to say a few words.
On May 13 2010 it was 10 years since a whole area from my hometown was blown away by this huge fireworks disaster.
Now, 10 years later, the area has been rebuild. It‘s looking damn good. That is… from the outside. New houses, nice architectics, a new shopping mall.
But… the wounds are deep. They haven‘t been healed yet and I‘m afraid for a lot of people they will never get healed.
For those these have been 10 years of pain, struggling to get over it. But they can‘t.
I released this album in 2006. I wasn‘t a victim of the disaster. Though I lived in the area in the early 80s. In that beautiful cornerhouse you may have seen in the video from Danny De Vries. In those days the Fireworks company was small and I came there regularly to buy some small pyrotechnics we used in our band.
Now, 10 years later, I first thought about performing this piece on this faithfull day, but put it aside. I couldn‘t do it. Therefore I decided to make it available again, on non-profit basis, for those who are interested.
Ofcourse this download version comes without the original artwork by Morra. But you can still obtain it through the website if you want the real thing.

Don’t expect usual tunes with album. The music is pretty abstract, pictures music as Kazz would call it. Listen to the music and visualize for yourself.

You get with album the original CD-booklet with lots of background infos as a PDF. 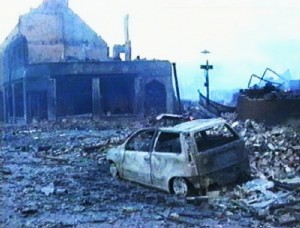