“TOO FAR AWAY PLACES” was the first official solo release by Kazz back in 1983 and is now available for FREE DOWNLOAD from this website. 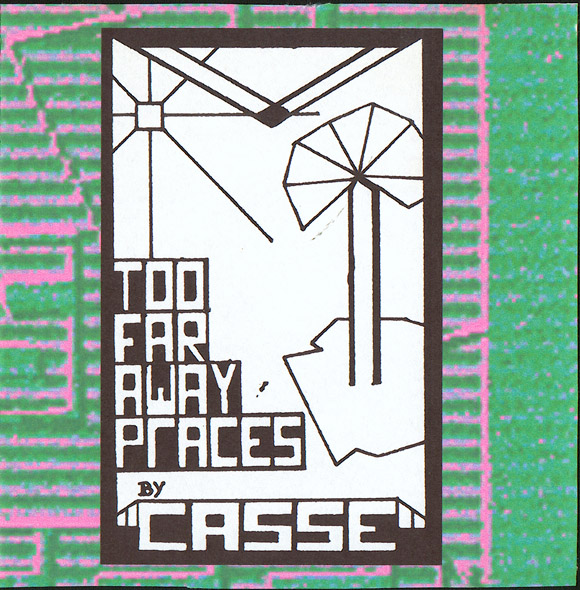 All material was composed, arranged, performed and produced by Kazz.
The original music has been beautifully remastered by André Romita at Meatball Recording Studios, Enschede, The Netherlands 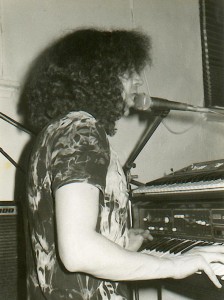 At that time, when his name was spelt CASSE, he was singer with his first ever band CONCRETE. At the time KAZZ was heavily interested in hardrock and german electronic music.
It also was the time he decided to start playing keyboards.
As the rest of the band were not exactly thrilled by the idea of having keyboards, Kazz started playing for his own fun, which eventually led to the release of an audio-cassette only release of an album called TOO FAR AWAY PLACES.
Recorded in Oct.-Nov. 1983 you hear KAZZ playing mainly on the very rare Solina String Synthesiser (only 100 were produced), the lower keyboard on the picture left.  Read more on this very rare instrument here. He was accompanied by the rhythm section from the small CASIO MT-450. And you can hear him SING on the mega 47 minutes composition CIRCLE OF DESPERATION.
The music was recorded under not exactly professional circumstances. No multitrack recording facilities were available, so overdubs were recorded with the help of two AKAI tapedecks, with no mixing possibilities.

From the new liner notes:
ABOUT THE TRACKS
CIRCLE OF DESPERATION is a 45-minute-plus composition. Here Kazz combines electronics with vocals. Possibly influenced by Tim Blake’s New Jerusalem or Time Actor by Klaus Schulze and Arthur Brown. Lyrics were improvised and sung in the first recording take, so nothing could be changed afterwards. The composition can be divided in two sections. In the first section (29 minutes) you hear a pulsing rhythm, starting slowly, with Kazz singing the story of a desperate man. As the story evolves, the rhythm and the scale go up, until a chaotic climax end the first section. The second part has no rhythm. It reflects the empty world and thoughts of the desperate man.

In VIEW FROM THE TOP you may hear a melody line not unlike The Yardbirds classic Still I’m Sad.
NUCLEAR AFTERGLOW 1 reflects the moods of those times. the threats of nuclear missiles, demonstrations. Like in the second part Kazz tried to create a musical landscape after a nuclear attack.
SYNTHAE REGGAE is a funny track with a kind of reggae feel.
The closing BACK TO SWING almost has a kind of jazzy feel with a nice melody.

This is a historical recording in the career of Kazz. Soloprojects were only sideprojects, next to his bandcareer, until 1998 when he decided to go on as a solo artist.

In the YOUTUBE section you will find a promotional clip with a 10 minutes excerpt from CIRCLE OF DESPERATION.

With the music you also get a PDF CD Booklet and inlaycard with lots of more information, including the original black and white handdrawn artwork by KAZZ.
Download the album here