Kazzshow.net offers you a free download of a very rare track called FRANK’S TANGO, recorded in 1998. It has never been released on a regular Kazz album. This is the story.

Between 1982-1996 Kazz recorded lots of electronic music, which were all cassette-only, all as Casse as his name was spelt then.
After leaving his band pH Factor in early 1998 Kazz decided to leave rock’n’roll and concentrate on a solo career with electronic music.
Kazz released his first ever solo electronic (double) CD Trancedancer in Autumn 1998.
It was a private release through his own TSS (Timeless Sounds Studio) Records.
Amongst others there were six tracks called Trancedancer (part 1-6) which all were dedicated to Klaus Schulze, the great German Pioneer of electronic music. Schulze had been a main influence for his solo efforts so far.
Thus Kazz decided to send the CD to Schulze, or to be more precise, Klaus Dieter Müller, Schulze’s PR man. Müller then invited Kazz to join in with a project he was just preparing: a tribute to Klaus Schulze-CD with musicians from all over the world. Kazz accepted and recorded a new track, especially for the project. Not only was he honoured, he also saw it as an extra possibiity to promote his Trancedancer album. 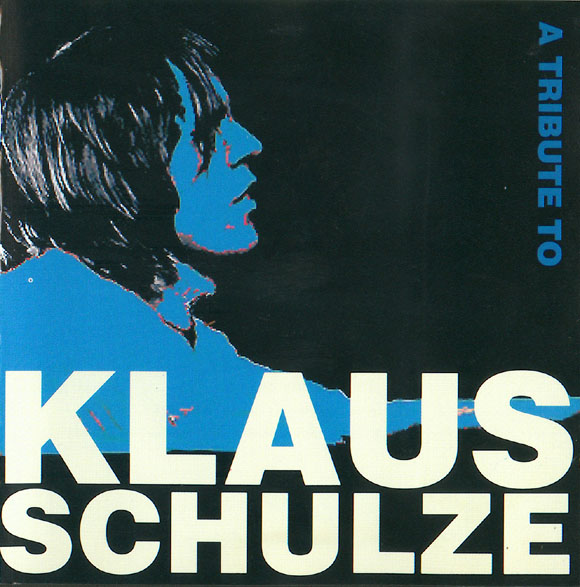 “The idea was to combine two elements from the Schulze compositions Tango-Saty and Frank Herbert (from the Audentity and X albums). From Tango-Saty I took the main melody, from Frank Herbert is was the moving sequencer bass line. I also added a short piece of real tango with accordion samples to add a bit of tango to it. From there it became Frank’s Tango. It was recorded within a couple days. I made a couple of mixes with slight differences. Just for fun I also recorded a rock version, throwing in digital guitars and extra digital drums, provided by Barbara Derksen, the lady who later on would join in on my live album Metropole Disease and the Monologue Interieure 4CD set.
It was a short rousing version of the track, with double bass drums flying round. And for those who haven’t noticed: at 1’56 you can even hear the organ paying the Smoke On The Water riff.

This rock version was just fun. I sent the mixes including the rockmix to kdm and to my surprise he chose the rockversion for the tribute cd. In the CD booklet Müller wrote it reminded him of The Nice or ELP, which made me laugh. I’d think of something more comtemporary metallic stuff.” 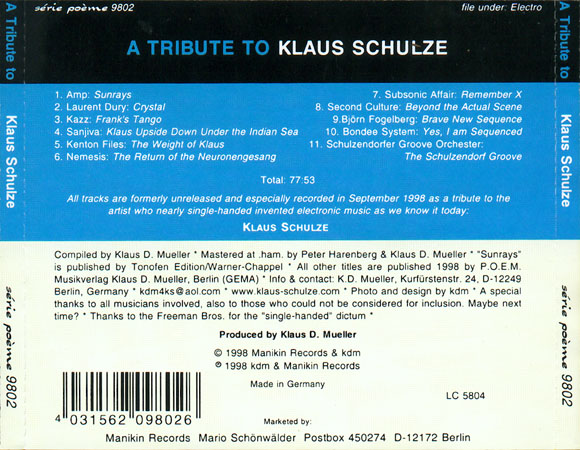 The Tribute To Klaus Schulze CD was released by the label serie poème in December 1998.
The CD got some press attention and, of more importance, lead to Kazz signing a deal with a small independant German record label, which released Trancedancer in February 1999 for the German market as a single CD. Kazz edited the original tracks down to fit on a single CD.
“They didn’t want to release the 2CD, but I went along with it. They were also my booking agency, so they got me a couple of live gigs, which was fine, though performing in chill-out rooms at tecno-parties was not exactly my idea of performing. I left them when they refused to release my first live album. They wanted to push me more into dance or tecno. It was good to leave – a year later the label went broke.”

Back to Frank’s Tango.
The four dance mixes plus the rock version were released as promo-CD-single early 1999 and distributed to some DJs in the dance scene.
The original dancemix was never officially released.So, now you can have them as a free download.
Apart from the aforementioned mixes Kazz also traced from the vaults a never heard before 7’30 slowmix, which is also included in the download as is the original artwork for the promo-CD-single. 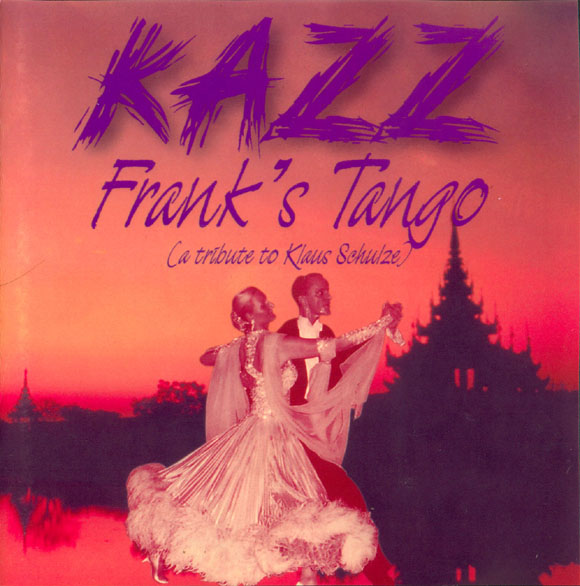 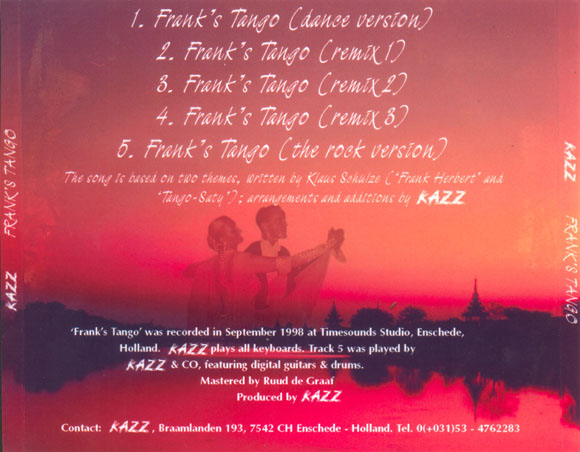 Recorded in September 1998 at Timeless Sounds Studio, Enschede, The Netherlands
All instruments by Kazz
Additional digital drums on track 5 by Barbara Derksen
Produced by Kazz
Frank’s Tango (rock version) was released on the official Tribute To Klaus Schulze-CD (by serie poème 9802). This CD is sold out and out of print.
None of the titles ever appeared on a regular Kazz CD.
Frank’s Tango was a regular encore at live gigs between 1999-2001.

PS Do NOT write to the contact address mentioned on the inlay. Kazz doesn’t live there since October 1999! The same goes for the telephone number.