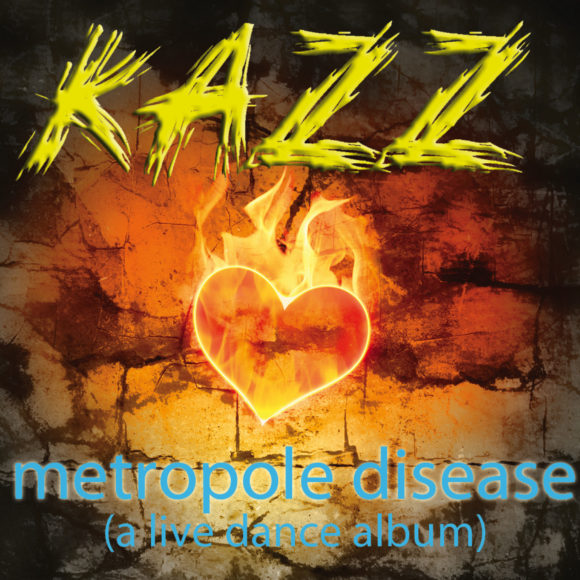 While heavily involved in recording his magnum epos Monologue Intérieure, Kazz was invited to play at Metropool, Hengelo (Netherlands) in April 2002. It was to be an aftershow party, after a show by his former band ph Factor, who were then rechristened Zenith. As their set was finished much later than planned, Kazz could not play the program he had prepared. Two months later he played the show in Rheine, Germany. This show was a kind of revenge to the German record company he just left. This was his ultimate dance show. in his words: ” I wanted to show how far I could go in playing dance music. Without losing my identity. This is my last dance album.”

Only the first part of the evening was recorded. The second part consisted of early try-outs of compositions for the Monologue Intérieure project.

This ‘dance’ albums consists of (mostly shortened) tracks from his first two albums, added with backing tracks from other artists (only Paul Oakenfold could be traced): tracks 3, 4 and 7.

Track 5, Barbie Jam, was a collaboration with Barbara Derksen, a digital percussionist. They only met short before and had agreed she would play on some Monologue tracks. They recorded a backing track for the live show as she was not available for the Metropool show. But then again, she was available for The Rheine gig. As a bonus, you get a studio rehearsal jam where Kazz and Barbara try out some things.

The recording was given away for free to those who attended the show.

For a long time this recording was thought to be lost, but Kazz found the original unmixed masterrecording, while digging the archives for some Monologue Interieure material.

So, here it is. Remixed and remastered as well: for you, dear visitors.
As with previous releases: you are free to share the music as long as it is for free.