The cover for B.Loose is an oilpainting by In-Grid.
The original painting is 30×30 cm.
In-Grid had been given the job already in 2006 but had to wait three years, because she insisted on hearing the music first.
Now here is the result. 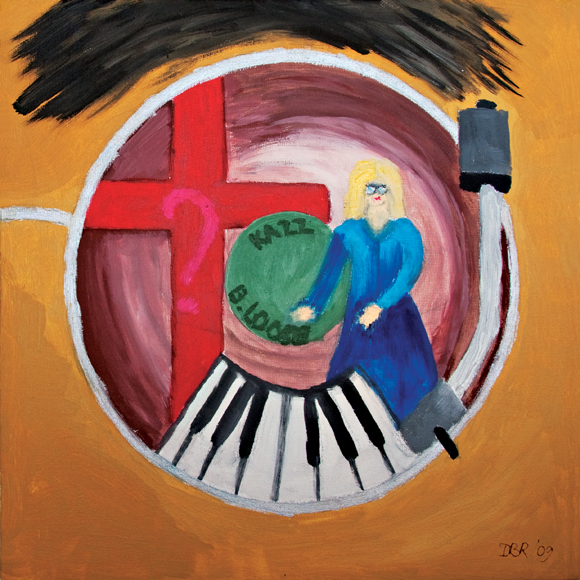 Let’s take a closer look at the painting. There are various elements which have to do with Kazz and the songs on the album.
First there is a part of the silver frame from sunglasses, Kazz’ trademark.
Usually one looks through his sunglasses in the outside world. But here you are given the opportunity to see what’s happening behind the sunglasses. 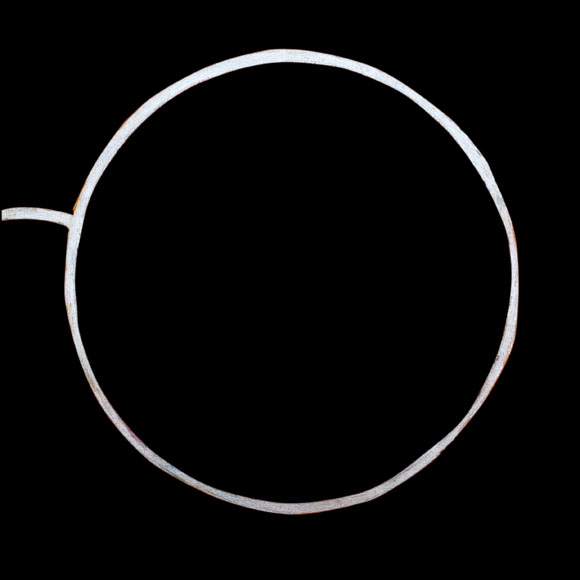 There is the red cross with a question mark. This refers to the song “Where Is Your God” in which Kazz looks back at his youth, growing up in a small town, where religion played an important role in daily life. See also under Album Lyrics. The question, of course, is keep asking yourself: “Where is my God?” 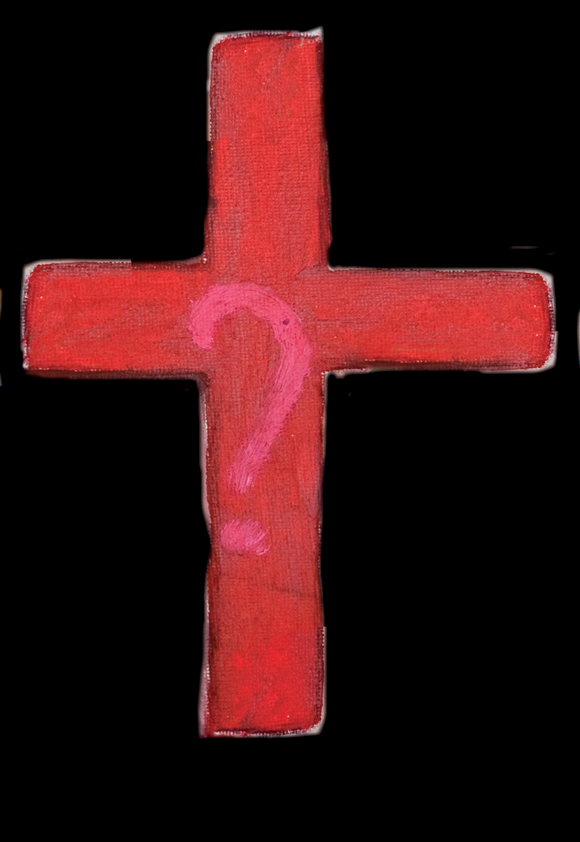 Next there is The Lady In Turqoise. She played a major role in Kazz’ private life. She occurs in two songs on the album: “Say It’s Just Alright” and “A Good Day For The Blues”.

Then you have the turntable tone arm. which plays the record (the sunglasses’ inside is also used as the CD label). Kazz was a DJ back in the 70s.

Finally we see a keyboard. Kazz has been involved with keyboards since the early 80s and recorded a lot of instrumental works. Sometimes pretty experimental, hence the ‘impossible’ extra black key. 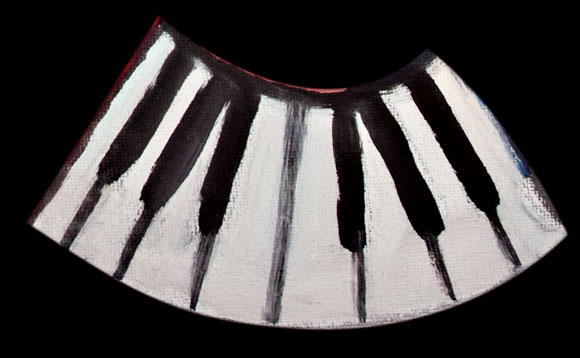 We got a small note from the artist:

Hi, I am Ingrid Ruiterman, who did the cover painting for B.Loose. I was born almost 50 years ago in the city of Utrecht, in the centre of the Netherlands. For hobby I am a painter and photographer. I’d like to thank Kazz for this. It was a nice challenge. After reading the lyrics I immediatly found the inspiration for the cover. Have fun with the CD.