Go back a couple of posts for some excellent recordings of the Regensburg gig. Here is another one. And just wait for the full album in January. This sounds really creepy.
Just listen here 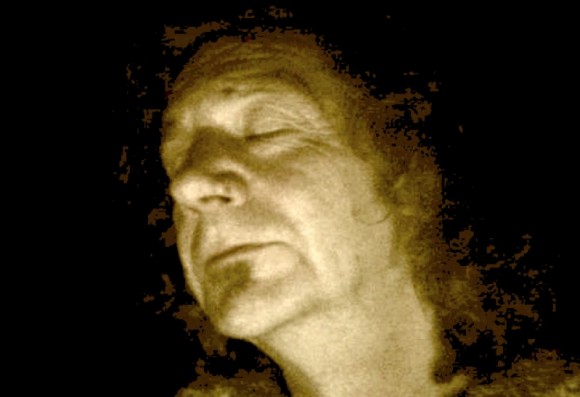 Kazz talks about his Regensburg performance from November 12. And a couple of pics from his webcam are also added.

I was in Regensburg, Germany, in the weekend of November 12th.
Invited by Mikey and Gabi, a very special couple who I met eleven years ago at a tecno party in Munich where I was playing in the chillout room. Gabi asked me if I would like to come over to their place to perform a Living Room Concert. I had to think about it for a minute. It would mean a 700 km drive (and back) for just one gig. Well, I did it and did it again in 2001. Met a lot of interesting people, all lovers of electronic music. About a third of my first live album encores@home.de was recorded there.

Picture this. A farm just outside of Regensburg. And behind the farm there is a huge barn. Mikey, who took over the farm from his father when he died, transformed the barn into a nice meeting place for friends, all who love electronic music ofcourse.

So I was delighted that Mikey invited me to come over again after 10 years after he heard On Whispered Dreams.

It was a great party. And a lot of old familiar faces, who I had’t met in ten years, though some of them have been keeping in contact with me via mails.
About 250 people turned up. From some I knew they had downloaded On Whispered Dreams.

From 20.00 hours I played some well known EM classics over the huge soundsystem. And by 23.00 hours it was time to start off.
My first ever gig without any musical instruments. No keyboards, synths of whatsoever. It was only me with my Mac. A soul alone on a dark stage, that was only lit by some candles.

I performed the full On Whispered Dreams album. Plus two new long pieces, which, by the way, will be available for you in a short while. During the intermissions I got requests to play Tim Blake’s New Jerusalem (as I did 10 years ago). I was prepared for that, so I had the backing music prepared on my hard disk. This was the last time I have performed the track. I won’t do it again.
All in all I played four sets and by 4.30 AM it was over, when Mikey thanked me for coming over.
And then ofcourse, it was party time. Had some fine chats and enjoyed the white wine.

Thanks Gabi and Mikey for being great hosts.
Thanks to all who were there.
I enjoyed every minute of it.

With love From Me To You,
Kazz

As the previous albums Kazz are no longer available as physical CDs, we are glad to have the opportunitity to offer some of them here on this site for FREE.

And now here is the latest addition.

encores@home.de was the first live recording by Kazz, released just before Christmas 2001.

Read the full story and find your download link here

Kazz celebrated his 55th birthday this Saturday with intimate friends at home. He likes to thank you all for sending birthday messages.

Also, watch out for this. Next weekend will see his 2001 live album “encores@home.de” becoming available again as a free download from this site. It was a remarkable album in many ways.

Great news!
Expect the first Kazz live album “encores@home.de”, first released in 2001, to be available in just a couple of days for FREE.

Other news:
We discovered a very rare live recording by Kazz from 2005 performing parts of the never released Pluto Project.More on that as soon as we have more.

This Sunday Kazz celebrates his 55th birthday. Send your greetings through info@kazzshow.net